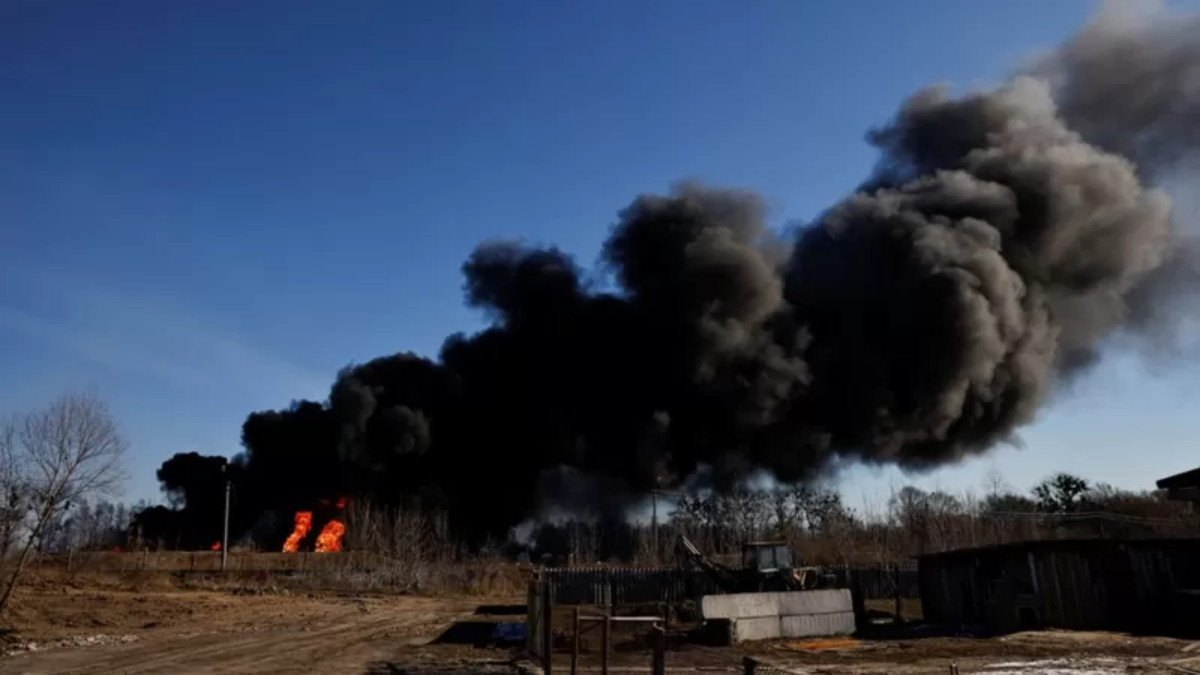 Russia and Ukraine: Russian forces intensify their attacks and Kiev prepares for the siege

In a meeting that lasted about 40 minutes, The President of Mexico, Andrés Manuel López Obrador, received Alejandro Mayorkas at the National PalaceSecretary of Homeland Security of the United States, with whom he discussed migration and security issues between the two nations.

“We held a meeting with Alejandro Mayorkas, US Secretary of Homeland Security.; we deal with labor and migration issues. We continue to promote cooperation for development with justice and respect for human rights, ”said the Mexican president on his Twitter account.

Officials from both countriesthey exchanged points of view on the migratory panorama of the region in the near future and the need to increase efforts to have safe, orderly and regular flows”, according to Roberto Velasco, head of the North American Unit of the Foreign Ministry.

“In addition, both delegations agree on the importance of speeding up cooperation efforts for development,” Velasco said on his social networks.

Before the meeting, the Mexican foreign minister, Marcelo Ebrard reported on his Twitter account that he had received Alejandro Mayorkas to address issues of migratory flow and borders.

“I had the pleasure of receiving the Secretary of Security of the United States, Alejandro Mayorkas,” Ebrard said in a brief tweet, without giving more details of the visit.

Mayorkas’ tour, announced last Friday, passed with secrecy and without a public agenda of meetings, although Washington had anticipated that in the meetings with Mexican officials they would talk about “a regional approach to stop irregular migration and create viable legal pathways.” ”.

In the morning, at his morning conference, President Andrés Manuel López Obrador commented that they would talk about “migration, the southern border, the northern border, cooperation programs for developmentcustoms and everything that has to do with the relationship between Mexico and the United States”.

This is the fourth time that Mayorkas has visited Mexico to address issues related to migration and security since his first trip to Mexico City in June of last year, when the priority was to reopen the common border closed to non-essential travel due to the pandemic.

The official trip occurs after López Obrador announced that he will tour El Salvador, Honduras, Guatemala, Belize and Cuba in May. to address the migratory wave that the region is facing and its proposals to “address the causes.”

Mayorkas’ visit also comes after in recent weeks, after Russia’s invasion of Ukraine, dozens of citizens of those countries have come to the US-Mexico border to demand asylum from Washington.

It may interest you:
– AMLO calls for the integration of the American continent and thanks the letter from the Argentine president
– The President of Cuba, Miguel Díaz-Canel, welcomes AMLO’s upcoming first visit to the island
– AMLO reiterates that the price of fuel will not rise, so he asks Mexicans not to worry