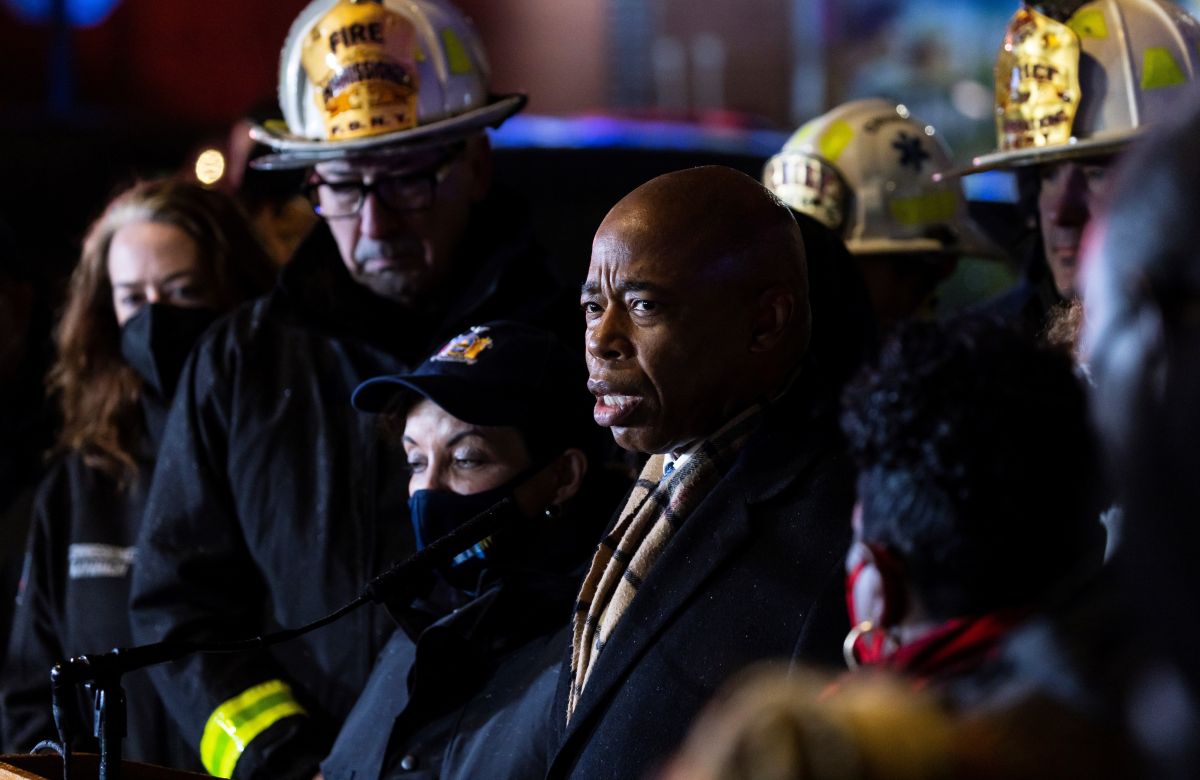 Electric stove, probable cause of fire in New York that left nine children dead among the 19 victims

The Recent incidents of violence on the beaches of Cancun and the Riviera Maya began when tourists asked hotel staff to help them buy cocaine, according to a Washington Post report.

It is a very common request throughout the Riviera Maya of Mexico. Upon request, Hyatt Ziva employees called some local drug dealers, according to security officials who investigated the incident that occurred in early November.

“This is further proof that the only reason the cartels are here is because of the huge demand for drugs, especially among tourists,” said Lucio Hernández Gutiérrez, head of security for the Mexican state of Quintana Roo, after an incident violent at the Hyatt Ziva Hotel in the Riviera Maya. “It is something very difficult to stop.”

But the traffickers who arrived at the hotel near Cancun came from rival cartels.

In a matter of minutes, the shooting began in Mexico’s main tourist corridor.

The images show the attackers running from the beach towards the hotel and tourists in bathing suits seeking refuge in the corridors.

The hotel denies that its staff are to blame for the attack.

In recent weeks, some of the most famous destinations on the Caribbean coast of Mexico have witnessed violent events, commented on in national and international news.

Mexican officials say the criticism does not take into account how growing demand for drugs by tourists has emboldened the cartels that sell them.

In Tulum, a German tourist was killed by gunmen in October.

In November, tourists were safe in the Hyatt shooting, which left two apparent cartel members dead.

In response to these events, Mexico launched a “Tourist Security Battalion,” which sent more than a thousand soldiers and policemen to patrol its most visited beaches and popular nightclubs and bars.

Mexican authorities have also quietly explored ways to decrease the demand for drugs among tourists without stopping or dissuading them from visiting.

Quintana Roo officials met in recent days with representatives of the United States Consulate and diplomats from other foreign countries. “The message was, ‘We want tourism, but remember that it is illegal to buy drugs here,’” Hernández Gutiérrez said.

When asked about the meeting, US Embassy spokesman John Vance said US officials “meet frequently with Mexican officials to make sure we have accurate and timely information that helps ensure safety. of the American citizens ”.

The Tourist Protection Battalion has already arrested dozens of low-level drug traffickers. Most are young men from neighboring states, some of the poorest in Mexico.

Those distributors are replaced almost immediately. “We know that it is not easy to cut the supply, while there is demand,” said Hernández Gutiérrez.

In Quintana Roo, unlike other states in Mexico, no cartel predominates.

At least six criminal groups operate in the state’s tourist corridor, including three with ties to transnational trafficking organizations.

Competition between them often turns fierce as groups fight over access to tourist spots.

In Tulum, tourists who died in October appear to have been caught in a shootout between two local groups, Los Pelones and Los Compich.

Authorities said gunmen from one group spotted a rival merchant at a popular bar called Malquerida.

“Working in hotels here, you get used to being asked to help get drugs. You know, coke, ketamine, all of that. We do the introductions to the distributors, because that’s what the guests want, ”said a concierge at a well-known boutique hotel in Tulum.

A party promoter in Tulum described the guiding principle as “making sure there is only one cartel supplying drugs at a party, so there are no fights between traffickers.”

Quintana Roo has suffered 650 homicides so far this year, down from a high of 866 in 2018, but a marked increase over previous years.

Most of those killings, authorities say, were between criminal groups and occurred miles from the state’s tourist corridor.

In November, for example, there were two homicides at separate gyms in Cancun. Several drive-by shootings occurred along the main La Luna highway, six kilometers from the city’s famous beachside hotel strip.

On November 27, a Cuban singer, Dayami Lozada, was shot and killed by two armed men on a motorcycle.

Although Lozada performed in tourist bars, she was murdered, like most of the victims, in a part of the city rarely visited by foreigners.

In Tulum, some of the most violent crimes in the city occur in informal settlements, known as invasions, where drug traffickers coexist with hotel and restaurant employees, who struggle to find a place to live due to high prices of the drug. living place.

Mexican tourism and hotel officials were quick to tell their guests that while Mexico can be violent, its hotels are safe.

“The first thing we explain is how far they are from the violent event that the guests may have seen on the news,” said Miriam Cortés Franco, president of Quintana Roo Vacation Clubs.

Unlike other states in Mexico, where gangs fight for control of the territory to be able to transport drugs to the border of the United States, the value of the coast of Quintana Roo is market value: a bubble of external demand for drugs within Mexico.

For that reason, officials say, Mexico’s two largest drug trafficking organizations, the Sinaloa Cartel and the Jalisco Nueva Generación Cartel, both based on the other side of the country, have sent hundreds of hit men to the state.

More than 18 million tourists visited the state between January and October 2021. More than 3 million of them were Americans.

Tourism provides more than eight percent of Mexico’s GDP. In Cancun, the contribution is approximately 50 percent.

Millions of tourists will experience cities like Cancun and Tulum without any hint of the violence that plagues much of Mexico. The country has registered more than 30,000 homicides this year, for the fourth consecutive year.

Read more
* Two men are reported killed in a shooting on the beach in the hotel zone of Cancun
* VIDEO: Shooting in a Cancun bar leaves at least 7 injured
* Cancun: the new drug war that is being fought in the paradise of the Mexican Caribbean