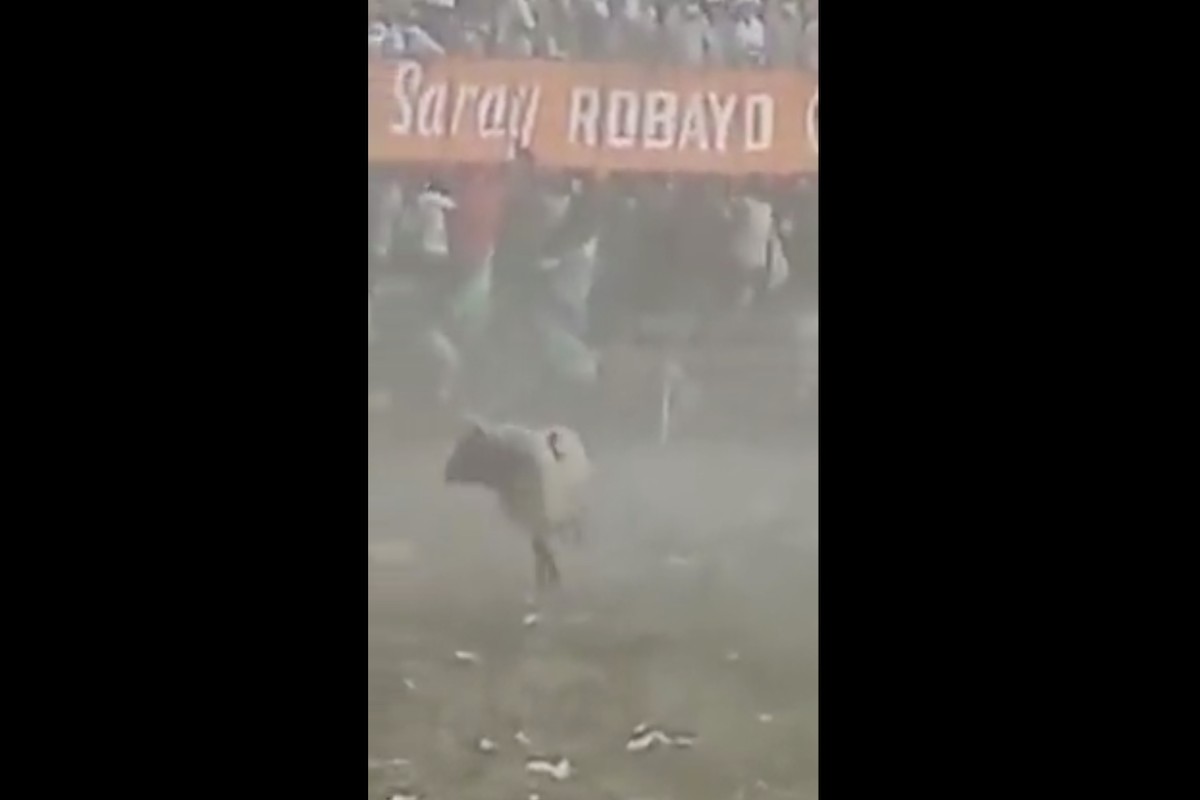 The opposition won and Chavismo lost, but for both the elections to the governor of Barinas, held this Sunday in Venezuela, constitute an important wake-up call.

The elections were carried out by order of the Supreme Court of Justice (TSJ) that had annulled the results of the votes of last November 21 in which the then opposition candidate, Freddy Superlano, had surpassed by less than one percentage point the official candidate to re-election, Argenis Chávez, brother of the late President Hugo Chávez.

The TSJ’s decision, which was based on a disqualification ordered by the Office of the Comptroller General of the Republic against Superlano, was interpreted by the opposition as arbitrariness and as an attempt by Chavismo to cling to power in Barinas.

This is how the candidate of the opposition Democratic Unity Table (MUD) ended up being Sergio Garrido, an opposition legislator elected to the Legislative Council of Barinas, who ended up imposing himself on the Chavista candidate, Jorge Arreaza, an ex-son of Hugo Chávez who since 2011 has held senior positions including Executive Vice President and Minister of Foreign Affairs.

This second triumph of the opposition in Barinas and the way the campaign was developed leave some lessons for both Chavismo and the opposition.

1. The promising electoral route (for the opposition)

Since the failed recall referendum in 2004, there have been sectors of the opposition who have distrusted the electoral route.

These reluctances were strengthened in recent years by the judicial blockade to which the National Assembly with an opposition majority, elected in 2015, was subjected by the Supreme Court.

Also due to the impediments to submitting President Nicolás Maduro to a recall in 2016; for the complaints of the Smartmatic company about the “inflated” results announced by Chavismo in the election of the National Constituent Assembly of 2017; as well as by numerous gestures – such as the advance to May 2018 of the presidential elections of December of that year – read from the opposition as arbitrary acts carried out to favor the Executive.

In this context, for many opponents the message transmitted from the institutions controlled by Chavismo seemed to be clear: they will not be able to electorally defeat the so-called Bolivarian revolution and, if they succeed, those victories will be emptied of content and meaning.

However, historically the greatest advances that the Venezuelan opposition has made against Chavismo have been electoral, as was the case with the success in the 2015 legislative elections, when it obtained a super majority in the National Assembly.

Furthermore, in Venezuela there is a deeply rooted voting culture and citizens like to be called upon to vote as shown in the participation figures for this Sunday’s elections of more than 52%, located about 6 percentage points above that of November 21.

As noted in a Twitter message, the president of the Datanálisis polling station, Luis Vicente León, “today in Barinas lost chavismo and abstentionism. It was not worth populism, official mobilization, military displacement, institutional control or virulent attacks against those who wanted to vote. The vote of more than half of the people of Barcelona killed several birds with one stone ”.

Another lesson that the elections this Sunday left for the Venezuelan opposition is that, when the parties that comprise it work together with unity of purpose, they can obtain much better results.

In this case in Barinas, many of the different political forces of the opposition got involved in the state to support Garrido’s candidacy and motivate voters to participate.

This was even done by some leaders who in the November 21 elections were more in favor of abstention.

In those elections, by the way, the opposition forces were very divided both regarding the decision to participate in the voting and about which candidates to support.

The result of this division was a resounding success for Chavismo that managed to win 20 out of 24 governorates and more than 200 out of 322 mayors, despite the fact that in only five states it managed to add more than half of the valid votes.

The contrast between the two campaigns was highlighted by the mayor of the Baruta municipality of Caracas, Elías Sayegh.

“If in the opposition we had done in the whole country what was done in Barinas (union, massive participation, defense of the vote) today we would have more than 15 governorships and more than 200 mayors’ offices. Let’s learn! ”Sayegh wrote in a Twitter message.

3. The dangers of abuse of institutional power

The decision of the Supreme Court of Justice to annul the elections of November 21 in Barinas and to call new elections was perceived by the opposition as an abuse of institutional power that Chavismo holds.

This measure, seen by opposition voters as an arbitrariness that sought to deprive them of the triumph they believed they deserved, became an incentive for a greater mobilization of voters in the face of the elections of this January 9 and facilitated that Garrido obtained some 70,000 more votes than the previous candidate of the MUD, Freddy Superlano.

This meant that, despite the fact that the PSUV candidate this Sunday, Jorge Arreaza, surpassed the results achieved by Argenis Chávez by about 25,000 votes, in relative terms his results were worse as the advantage of the opposition went from being less than 1% to 14%.

Jorge Arreaza’s decision to acknowledge his defeat even before the CNE had offered the first results it’s an unusual gesture in the Venezuelan electoral context of the last two decades.

Pre-electoral polls projected a victory for the opposition, but the expectations of a large part of the opposition – especially after what happened in November – were that it would cost a lot for Chavismo to recognize another defeat in Barinas.

Many analysts in the opposition line have attributed Arreaza’s decision to the fact that the greater turnout gave a wide advantage to the opposition candidate, which reduced Chavismo’s institutional margin for maneuver.

In any case, this gesture -which greatly alleviated the political pressure in the face of the prolonged silence of the electoral body- can also favor Arreaza, by placing him in a favorable light in the eyes of a part of the electorate that can see in his attitude a certain disposition to the fair play, so rare in polarized Venezuelan politics.

Now you can receive notifications from BBC News Mundo. Download the new version of our app and activate it so you don’t miss out on our best content.