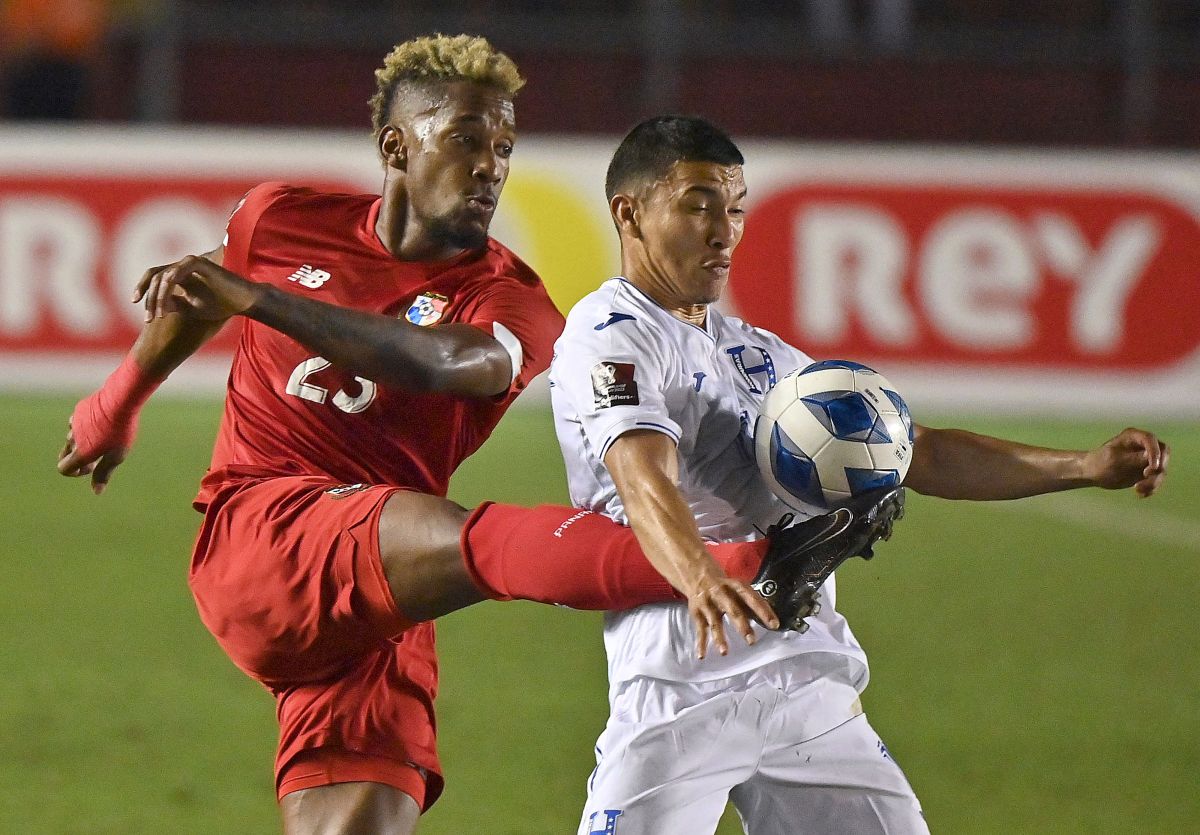 “We are Panama, we have to suffer”: Panamanian striker Gaby Torres after draw with Honduras

The rivalry between Honduras and Mexico in Concacaf is one of the most fervent there is and despite the elimination of the catracha team for the Qatar World Cup 2022they will seek to make the party bitter for the Mexican National Team for the penultimate commitment of the Octagonal.

Being the last game on Honduran soil of the qualifying cycle, ‘La H’ will seek to say goodbye in the best way to his fans in the city of San Pedro Sula, where they usually play their matches, several catracho players assured that they will try to make it difficult for Mexico for this commitment.

After the draw against selection of Panama, the Hondurans received an injection of confidence for the next match, in addition, they become a judge to determine the classification of their rivals. Precisely, upon the arrival of the catrachos in San Pedro Sula, one of those who came to give a few words was the player Kervin Arriaga noting that he is very sorry that there is no public for that commitment.

“A tough match is coming against Mexico where unfortunately there will be no fans. But all these games are complicated but we are going to try to do things right and get the result”, commented Arriaga for the Diary Ten from Honduras.

They seek to embitter life in Mexico

Two other players from ‘La H’ referred to the match they will play against the Mexican National Team, leaving some messages that could concern the ‘Tri’ environment in their quest to seal their qualification for the next World Cup.

Denil Maldonado, central defender, assured that the catrachos should take advantage of being local and this can help them have a good game against Mexico. “We have to get the caste and take advantage of the locality and see what happens in that game“, he commented.

On the other hand, Edwin Rodríguez, also referred to that commitment and warned in a few words that they will not give anything away in San Pedro Sula. “We are also going to try to make their classification bitter, it is not going to be easy but we are going to sell everything very expensive“, he pointed.

The next match between Honduras and Mexico will be played at the Metropolitan Olympic Stadium in San Pedro Sula, behind closed doors, due to the sanction by the FIFA after the bad behavior of some Honduran fans in previous matches of the Concacaf qualifiers.

What is Gerardo Martino’s problem and why didn’t he travel to Honduras? The Mexican team will have Jorge Theiler on the bench

Did Chicharito turn his back on the Mexican team? While El Tri played his pass to Qatar 2022, Javier Hernández played video games