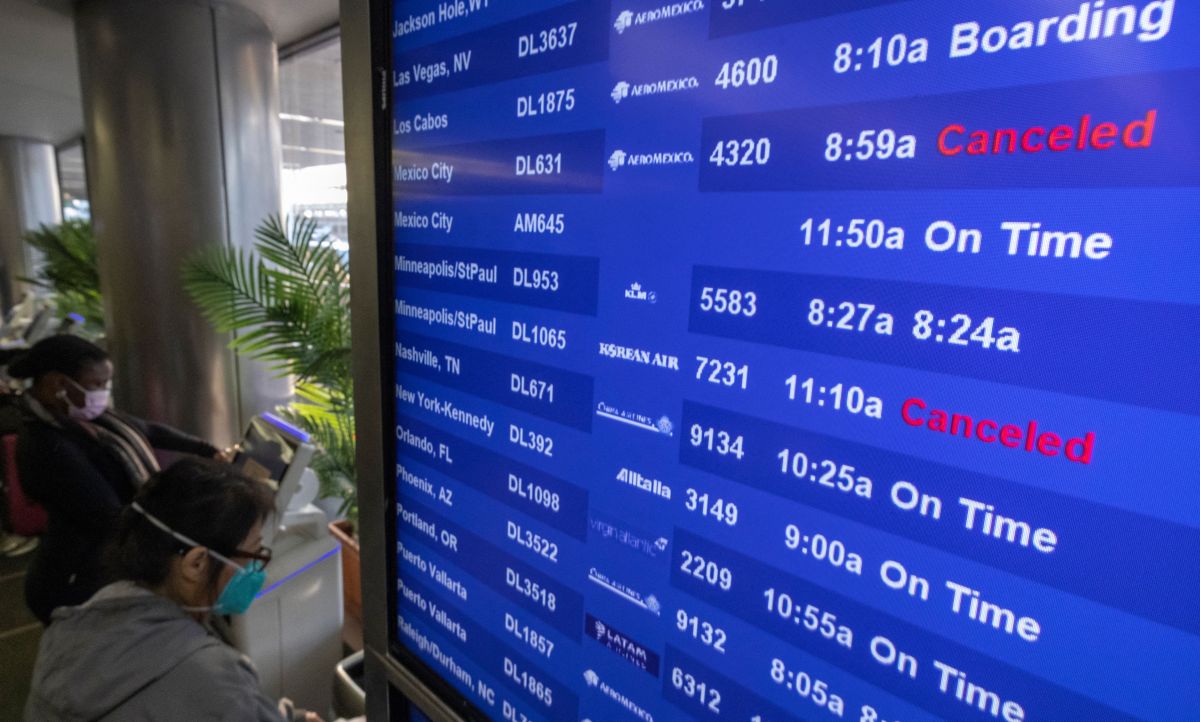 More than 2,000 flights canceled due to winter storm heading to eastern US

The Lifeless body of a 75-year-old Hawaii man was found after apparently fell 100 feet (30 meters) into the crater of the volcano busiest on the Big Island, authorities said.

After searching for the man in the dark, National Park Service rangers and Hawaii County firefighters located the man’s body about 100 feet below the crater rim, west of the Uēkahuna viewing area at the top. of the Kilauea volcano.

“The park rangers, assisted by helicopters, recovered the body around 8 am,” the National Park Service said in a statement.

Authorities are now conducting an investigation into the incident and reported that the man’s identity would be revealed, after the family was notified.

The area is open to visitors, but officials encourage hikers to stay on marked trails.

“Crossing security barriers and entering confined areas can cause serious injury and death.”

Kilauea began to erupt again on September 29, 2021, according to the United States Geological Survey (USGS).

Lava continues to gush out of a single vent in the western wall of Halemaumau Crater.

It is not the first time that someone has fallen into the crater.

In 2019, a 32-year-old man plummeted 70 feet in Kilauea after stepping over the railing.

Rangers and the fire department were able to rescue him after three hours, taking him to a hospital to treat his serious injuries, Newsweek reported.

In 2017, a 38-year-old man died on the Kilauea volcano in an apparent suicide.

His body was found on the floor of the caldera about 250 feet below the trail that skirts the crater.