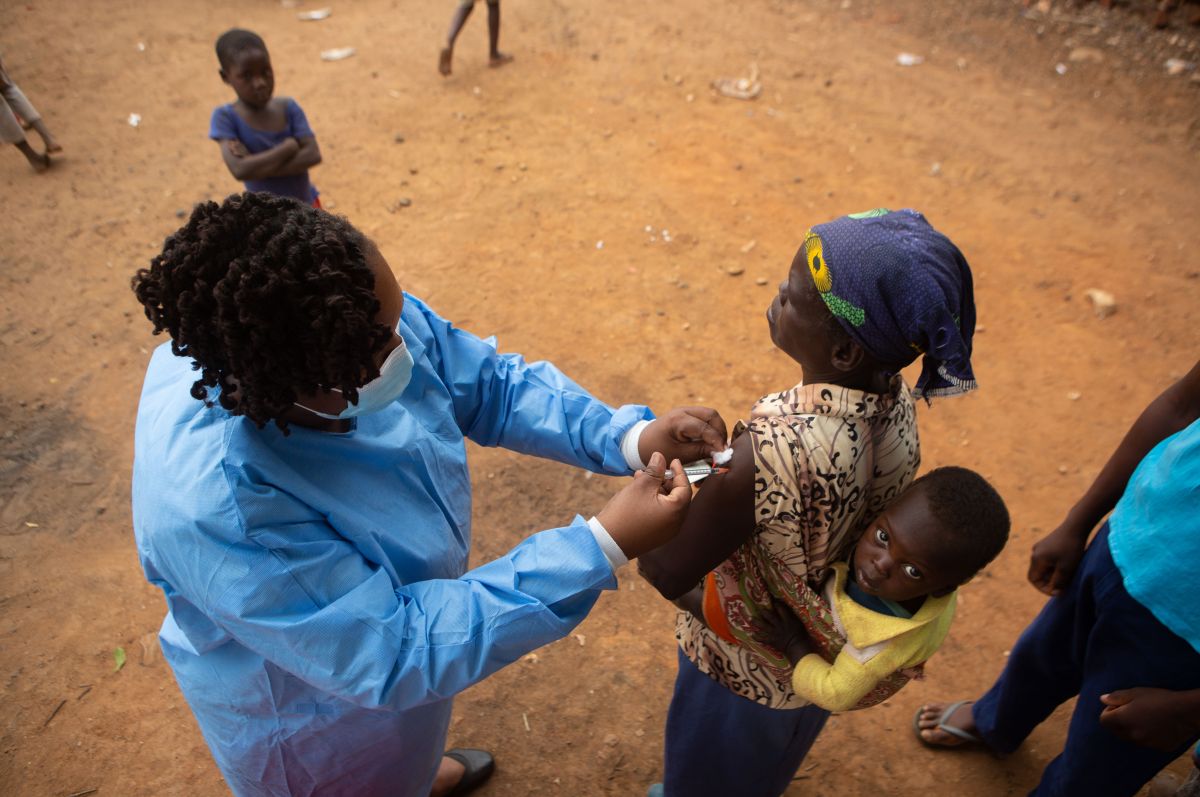 Mexico received from the United States a shipment of 2.77 million Modern doses against COVID-19 donated by the United States Government, which will be destined to inoculate educational personnel, in the midst of a substantial increase in infections due to the Omicron variant.

“At 7:13 am (13:03 GMT) this Saturday, the Government of Mexico received 2,772,000 packaged vaccines against covid-19 from the Moderna laboratory, donated by this American biotechnology company, which will be destined to inoculate education sector personnel “Said the Ministry of Health (SSa) in a statement.

Ruy López Ridaura, general director of the National Center for Preventive Programs and Disease Control (Cenaprece) of the SSa, explained that these vaccines will be supplied throughout the country “to personnel who work in all schools, both public and private, of all levels of education ”.

He recalled that between April and May 2021 just over 2.77 million people in the education sector were immunized.

In his speech, the Mexican ambassador to the United States, Esteban Moctezuma Barragán, highlighted that the donation of biologicals by Moderna “reflects the bonds of friendship and cooperation between the Mexican and American companies ”.

And he stressed that this adds efforts to cooperate with society, the Government and companies of the United States for the benefit of citizens on both sides of the border.

“We are not distant neighbors, we are close and supportive neighbors,” he said.

Meanwhile, the Secretary of Public Education, Delfina Gómez Álvarez, indicated that with these doses the days of reinforcement application to educational personnel in Colima, Baja California and the State of Mexico will begin.

In addition, he said that the teachers, along with the entire education sector, “are grateful to receive this donation of the vaccine that will undoubtedly help more girls, boys and young people in Mexico to be in the classrooms with safety and confidence.”

Gómez Álvarez stressed that the health security protocols continue to be 100% in face-to-face classes, in addition to continuing with the Learn at Home program.

And he invited the education sector staff to apply the reinforcement, since this will make them safer to continue with the return to the classroom.

On January 3, thousands of students returned to face-to-face classes, although at least a dozen states decided to postpone returning to the classroom due to the rise in infections across the country.

It may interest you:
– 3 key facts that we still do not know after two years of pandemic and why it is important to find out