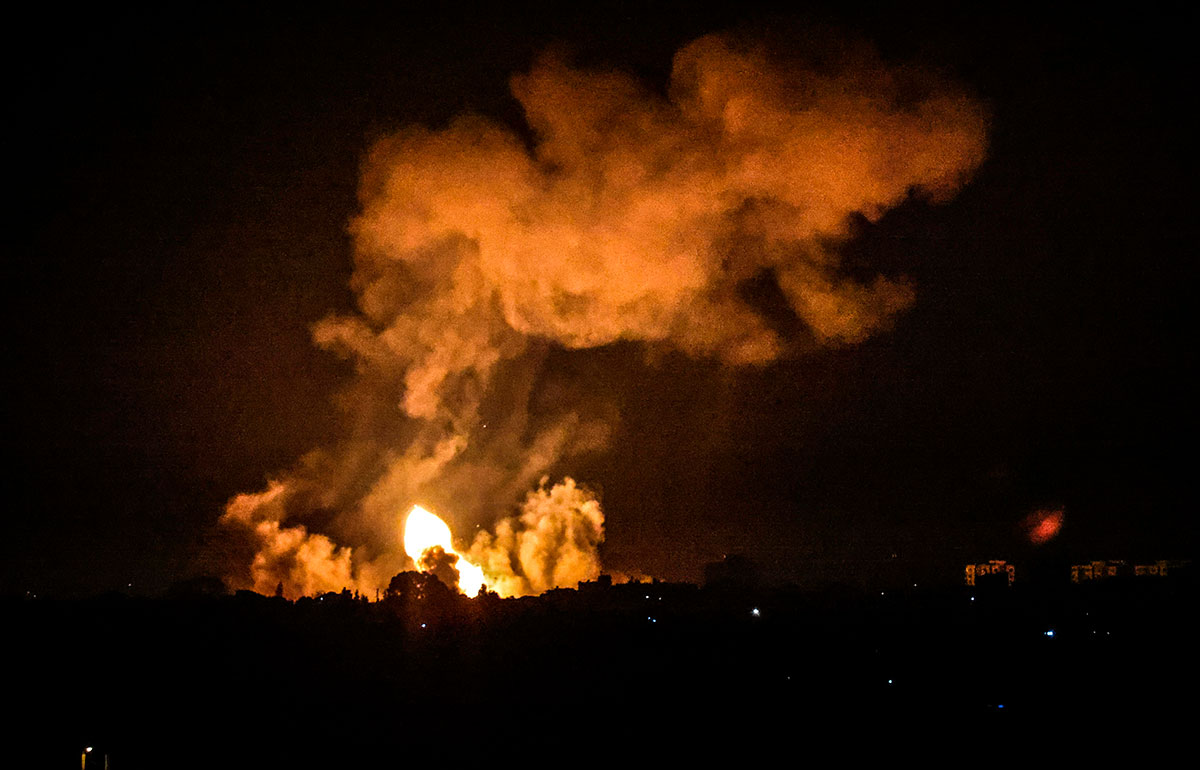 
The world is going through a new rise in the covid-19 pandemic.

Countries such as the United States, France, the United Kingdom, Brazil and many others are seeing how the numbers of contagion of the disease break records due to the conjunction of the delta and omicron variants.

However, the community of scientists, physicians and healthcare institutions continue to rely on the power of vaccines tested and approved in various parts of the world.

We analyze how they are helping to contain the pandemic.

Given the news and daily records of new cases of covid-19 in countries like the US, France and the UK, the effectiveness of vaccines has once again become a topic of discussion on social media.

While some users criticize measures imposed by different authorities to encourage inoculation, others denounce the potential side effects of vaccines.

So far, the main observed side effects are mild and disappear naturally after a few days. Among the main ailments listed, the following stand out: pain and redness at the site of the puncture, fever, headache, tiredness, muscle aches, chills and nausea.

More serious events, such as anaphylaxis, thrombosis, pericarditis and myocarditis (inflammation of the heart), are considered rare by authorities, and the benefits of taking the doses far outweigh the observed risks, say the agencies.

Regarding the discussion about the efficacy and the fact that vaccinated individuals catch and transmit the coronavirus, pediatrician and infectious disease specialist Renato Kfouri explained to BBC Brazil journalist André Biernath that the first wave of vaccines against covid -19, which includes CoronaVac and products developed by Pfizer, AstraZeneca, Janssen, among others, aims to reduce the risk of developing the most serious forms of the disease, which are linked to hospitalizations and deaths.

“Vaccines protect much better against more severe forms than against moderate, mild or asymptomatic forms of COVID. The more severe the result, the greater its effectiveness ”, summarizes Kfouri, director of the Brazilian Society of Immunizations (SBIm).

The main objective of these immunizers, therefore, was never to stop the infection itself, but to make the invasion of coronavirus less harmful to the body.

This same reasoning applies to the flu vaccine, which has been available for decades.

The dose, which is offered every year, does not necessarily prevent infection with the influenza virus, but it avoids the frequent complications in the most vulnerable groups, such as children, pregnant women and the elderly.

Looking at the bigger picture, this protection against the most severe forms has a direct impact on the entire health system: reducing the severity of respiratory infections is synonymous with less crowded emergency rooms, greater availability of beds in wards or ICUs, and Of course, more time for the healthcare team to treat patients appropriately.

And the data shows that vaccines are playing that role very well: According to the Commonwealth Fund, the application of doses against the coronavirus prevented, until November 2021, a total of 1.1 million deaths and 10.3 million hospitalizations only in the United States.

The European Center for Disease Control and Prevention (ECDC) and the World Health Organization (WHO) estimate that The lives of 470,000 people over the age of 60 have been saved in 33 countries from the American continent since vaccination against the disease began.

What explains the current situation?

Faced with information about the main role of immunizers, it is undeniable that the frequency of reinfections or positive diagnoses among vaccinated people has increased in recent times. And this can be explained by three factors.

The first is simple: we just got out of the Christmas and New Years period, when people come together and celebrate. This, in itself, increases the risk of transmission of the coronavirus.

Second, almost a year after the doses became available in some parts of the world, experts have learned that immunity against covid after vaccination it doesn’t last forever.

“Over time, we have seen the level of protection drop. This drop will be greater or lesser depending on the type of vaccine and the age of each individual ”, explains Kfouri.

“This highlighted the need to apply a third dose, first for the elderly and immunosuppressed, then for the entire adult population,” adds the doctor.

The third factor has to do with the arrival of the omicron variant, which is more transmissible and has the ability to avoid immunity obtained with vaccines or with a previous covid condition.

“Given this, infection in vaccinated should be seen as something absolutely common and we will have to learn to live with this situation, “says Kfouri.

“Fortunately, this recent increase in covid cases has resulted in a lower rate of hospitalizations and deaths, especially among people who have already been vaccinated,” says the director of SBIm.

In other words: “the vaccine continues to protect against the most serious forms, as expected,” he concludes.

Charts from the US Centers for Disease Control and Prevention (CDC) clearly show this effect of vaccines in practice.

As you can see below, the rate of covid-19 hospitalizations among the unvaccinated (blue line) is much higher compared to people who had received their doses (green line) through November.

According to the CDC, something similar also happens with the risk of contagion and death from the coronavirus.

But what happened more recently, starting in December, with the arrival of the omicron variant? More up-to-date, the charts for the New York healthcare system, also in the US, show a big difference.

At the beginning of December, the curve of cases, hospitalizations and deaths in the city rises sharply among the unvaccinated (purple line), and remains stable, or with a slight increase, among those who took the doses (orange line). It can be seen in the following three images:

In a recent report, the UK Health and Safety Agency came to a similar conclusion.

One of the analyzes included in the article was carried out at the University of Cambridge, England, and shows that, if the individual is infected with omicron, the risk of hospitalization is 81% lower if they have taken all three doses of the immunizing agent .

A second survey, carried out by the agency itself, shows that the three vaccine applications are 88% effective, although it is not yet known how long this protection lasts and if there will be a need for reinforcements in the coming months.

For Kfouri, all this evidence only reinforces the importance of vaccination in a context of circulation of the omicron variant and an increase in the number of cases.

“It is absolutely wrong to think that there is no point in getting the doses because everyone is going to get sick anyway. The vaccine manages to transform the covid in a simpler disease, which can be treated at home most of the time, ”he says.

“We are only going to get out of the pandemic with a high vaccination coverage of the population, including children, and respect for basic care, such as the use of masks, prevention of crowds and hand washing,” concluded the specialist.