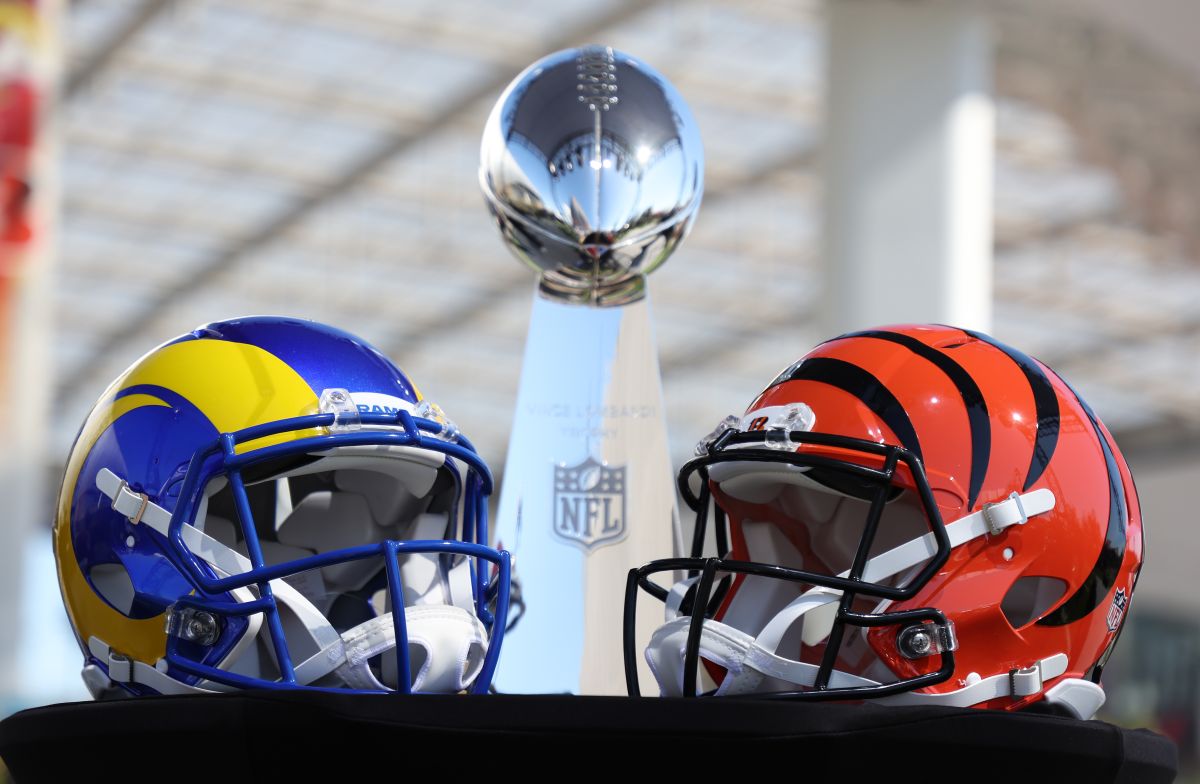 NFL: The impressive amount of chicken wings that will be sold in the United States during the Super Bowl

The three main sports newspapers in Italy agreed in their evaluation of the shocking elimination of the country from the next World Cup by North Macedonia: ‘Disaster’. That was the word that the Gazzetta dello Sport, Corriere dello Sport and Tuttosport shouted from their covers on Thursday after the game, won 0-1 by the visiting team with a goal in the 92nd minute.

And on newsstands across the country, the situation hadn’t changed much by Friday morning, with respective headlines reading ‘Out of the world’, ‘To hell’ and ‘Nooooooooo’.

It is really a sporting disaster for Italy, which misses two consecutive World Cups for the first timeas he also failed to qualify for Russia 2018.

When the 2026 World Cup does take place, assuming they manage to qualify, the Azzurri and their fans will have been without a World Cup for 12 years.

It’s hard to assess whether Thursday’s calamity is more or less painful than the one that happened in November 2017, when the Azzurri failed to get past Sweden and book a place in Russia. That was indeed a terrible night, one in which the winning heroes of the 2006 World Cup in Germany, Gianluigi Buffon and Daniele de Rossi, said goodbye to international football with sadness.

But that was also the moment when a so-called renewal process began: Roberto Mancini was appointed manager soon after and a new attacking mentality was implanted. Three fantastic years followed, culminating in the crowning of Italy as European champion at Wembley last July against England. No one has forgotten that.

But then this happened.

From heroes to villains

On the one hand, it seems that Italy should not have been in this situation in the first place. Mancini’s men remain the heroes of Wembley, the team that went unbeaten for 37 consecutive matches.

Frankly, they looked dominant in Group C qualifying, starting with three wins, but then drew four times between September and November last year, with Lithuania being the only team they’ve beaten in their last five games.

Two of those draws came against Switzerland, who claimed direct qualification at the finish line, with the four-time World Cup winners missing a penalty in both games. Scoring any one of them would have been enough to see the Italy players sitting comfortably in front of the TV last night, instead of losing to North Macedonia.

On the other hand, everyone felt that something had changed.

The Azzurri won the European Championship with serenity and quality; on Thursday they mainly played long balls. Players like Jorginho, Nicolo Barella and Lorenzo Insigne, to name just a few, are totally out of shape. Regular defenders Giorgio Chiellini, Leonardo Bonucci, Leonardo Spinazzola and Giovanni di Lorenzo have been injured.

Even the boss seems to have lost his magic touch, insisting on picking players who aren’t performing. So there have been understandable criticisms.

The newspapers emphasize a loss of identity, suggesting that Italy has reverted to an earlier version of itself; they have shown a lack of creativity, and their more experienced players lack self-confidence.

But is that enough to explain what happened against a team ranked 47th in Europe and 67th in the world?

Once again, the devastating night in Palermo is simply a mirror image of Italian football as a whole, something that the Euro 2020 triumph had masked for a while.

Yes, there have been mistakes along the way: Jorginho, as he said on Thursday, will think about those two missed penalties against the Swiss for as long as he lives; Mancini could have played Giacomo Raspadori from the start, but is it really his fault?

Italian football would do better to finally face its systemic problems, instead of looking for scapegoats and quick fixes.

No Serie A club has won a European trophy since 2010. As a result of a non-strategic approach to youth football, top-flight clubs have an average of 2.7 Italian U21 players in their squads, who play the 4% of total Serie A minutes, 80% of those minutes as substitutes after the 70th minute.

The Italian Football Federation (FIGC) recently asked clubs to postpone matchday 31 of Serie A to prepare for World Cup qualifiers, but their request was rejected. It was a legitimate Serie A decision but now, with all due respect to the clubs involved, their team will not be in the World Cup.

How important are the Azzurri for Italian football? How much space do they deserve on a packed calendar? FIGC President Gabriele Gravina has no doubts about his position.

“Italy is perceived by the clubs as an inconvenience, rather than an opportunity,” he said.

He has also said: “We want Mancini to stay and he has committed to us.”

The coach’s contract was extended not long ago until 2026, when the World Cup will be played in Mexico, the United States and Canada.

After what he says is his “most painful” sporting disappointment, the 57-year-old former Inter and Manchester City boss has the right to lick his wounds. After that, he will hopefully continue to see himself as the best person to help implement long-awaited structural changes in Italian football and mold a new national team around young talents like Gianluca Scamacca, Davide Frattesi and Nicolo Zaniolo.

Otherwise, another ‘disaster’ may occur.