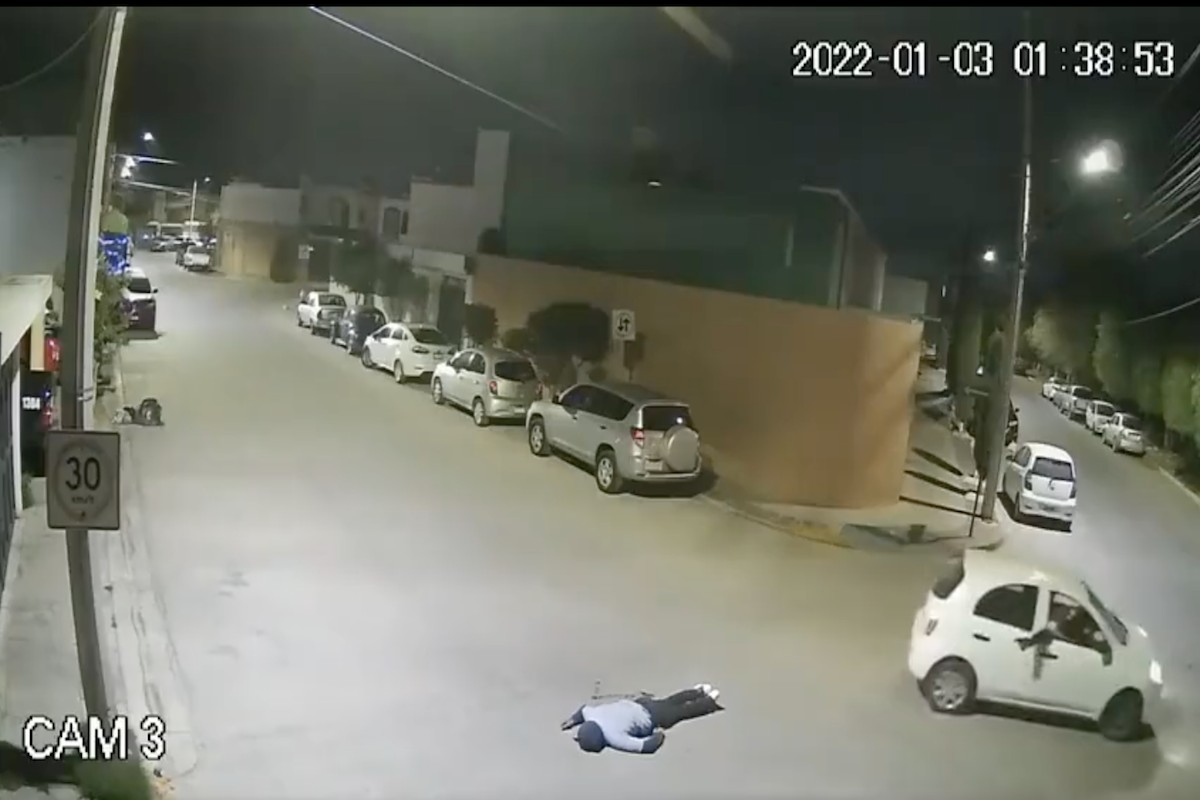 Video: A man was shot in cold blood while walking down the street

For a long time his name was a taboo.

But over time he began to remember how heroes are remembered.

Is about Witold pilecki, an officer of the Polish army who in 1940, when his country had just been occupied by the troops of Nazi Germany, volunteered to be imprisoned in the Auschwitz death camp.

His mission was obtain information on the operation of the field and create in him a network of internal resistance.

He was imprisoned there for two and a half years, during which he experienced firsthand the hardships that made Auschwitz one of the most prominent symbols of Nazi horror in World War II.

I wanted the world to know what was going on there and take action.

This is his story.

Who was Witold Pilecki

Born in Oloniec, in northern Russia, in 1901, Pilecki was one of the military with whom Poland tried to repel the invasion ordered by Hitler in 1939.

According to historian Jaroslaw Wróblenski, despite the notorious superiority of Hitler’s war machine, “Pilecki had the will to fight and in September 1939 he believed that Poland would defeat the Germans in just a few weeks.”

After the annexation, the Germans began mass arrests and imprisonment among the local population, with special zeal in the capture of the Polish military who had fought them on the battlefield.

That is when the Auschwitz concentration camp was created. Its purpose and operation were not well known at first, so the incipient Polish resistance network against the occupation decided that it was a good idea to infiltrate some of its members.

Active in the resistance, Pilecki volunteered.

His nephew, Andrzej Marek Ostrowski, was a boy then, but he remembers what happened at that time.

“After the 1939 campaign, Pilecki returned to Warsaw and one of the few places he could stay was my mother’s apartment.”

“There were meetings there to conspire against the Nazis and rumors arose that a large camp was being organized near Oswiecim,” the place the Nazis called Auschwitz.

When he heard that one of the usual raids by the Nazis was targeting his sister’s apartment, Pilecki made sure to be present when they came to capture him.

“Early in the morning, the building’s janitor, Jan Kilianski, came running to our door and offered to hide in a hiding place they had in the basement, but my uncle told him he wouldn’t use it this time,” Ostrowski recalls.

“My uncle got ready and got dressed. There was a knock on the door and it was a group of soldiers, some in civilian clothes. They asked if there were any men in the house. I was in my bed and my teddy bear was on the floor. My uncle gave it to me and kissed me on the forehead. When he passed my mother he said: ‘Please inform the appropriate person that I have carried out the order.’ Then my mother and I realized that it had been planned. “

Interned at Auschwitz, Pilecki soon began to experience the harsh treatment there.

“At first he says that his teeth had been broken because the Germans wanted him to have the plate with his prisoner number in his mouth and he refused,” says historian Wróblewski.

“They beat him with a cane and tortured him.”

His initial goal of creating a resistance network ran into the reality of the countryside, where not everything was solidarity among the prisoners and sometimes the struggle for survival created conflicts.

However, “in that hell he created a military structure of about 500 people,” says Wróblewski.

The members of the network worked in different departments and areas of the field and sought to obtain intelligence information that they could share with the resistance abroad.

Pilecki sought to have his people spread over different areas in order to have a general idea. He knew first-hand the harsh living conditions there, but did not know, for example, how many prisoners there were exactly, for which he found the information sent to him by his colleagues from the clandestine network who worked in the SS offices very useful. and they could access their documents.

For almost three years, Pilecki issued reports in which he gave an account of how Auschwitz went from being an internment center primarily intended for Polish prisoners of war to a large place of extermination for Jews from all over Europe.

“He describes what Auschwitz was like from within and sends that information so that the world reacts, but the world was silent,” summarizes Wróblenski.

Having repeatedly seen his calls for the field to be attacked ignored, Pilecki decided to escape along with two fellow resistance.

Escaping Auschwitz and circumventing its surveillance measures was mission impossible, but Pilecki and his two escape companions managed to get assigned as workers at the camp’s bakery, which was located outside the security perimeter. Once there, as night fell, they deactivated the alarm wires, opened the heavy metal door, and escaped.

Outside Auschwitz, Pilecki returned to the fight against the Nazi occupation and participated in the Warsaw uprising of 1944, with which the resistance tried to recover the capital taken by the Nazis.

“His first mission was to eliminate German snipers who, often in civilian clothes, fired at members of the resistance,” recalls his nephew Andrzej.

The attempt failed and Pilecki was again arrested by the Nazis, who re-interned him in a prisoner of war camp.

But his liberation did not mean the end of the struggles of PIlecki, who at the end of the war, embarked on the fight against the communist government that, after the war, settled in his country under the protection of Stalin.

In 1947 the Polish authorities arrested him. Following a trial that Wroblewski describes as “brutal”, he was sentenced to death.

Young Krzysztof Krosior, Pilecki’s great-great-grandson, talks about his end: “My great-great-grandmother remembered very vividly that one day when she went to take things to jail they told her that he was no longer there. For 40 years he hoped that they would have taken him to a mine in Siberia or elsewhere and one day he would turn up again. “

In 1990, when the Cold War was dying and communism collapsed throughout Eastern Europe, an official document confirmed the worst fears. Pilecki was shot without the family being informed.

Krosior says that for many years his widow couldn’t even talk about him. “In the communist era my great-great-grandfather had to be forgotten.”