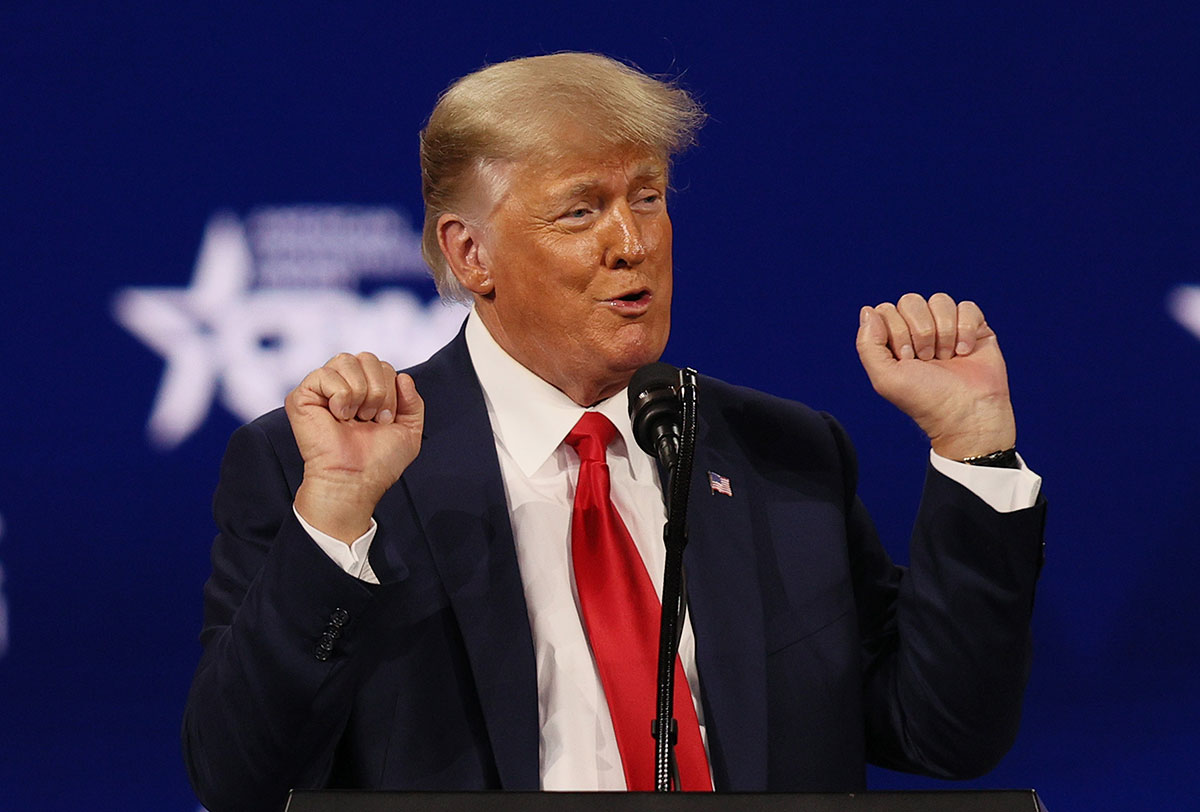 A plane carrying Donald Trump made an emergency landing in Louisiana

In recent weeks, a national debate has been opened on the possibility of suspending the collection of taxes on gasoline. In at least two states this is already a reality and consumers expect the price of fuel to begin to fall.

In Georgia and Maryland the proposal advanced and the suspension of the collection of gasoline taxes was announced.

Meanwhile, in California, the state where the average price of gasoline is the highest in the country, $5.85 dollars, according to AAA, there is an alternative proposal that will be discussed.

The decisions in these states coincide with a slow process of decline in the price of gasoline throughout the country, even if it is only a few cents.

According to the AAA, The average price of gasoline nationwide this Monday is $4.25. per gallon, down about 8 cents compared to last weekend, according to a CNet report.

Georgia and Maryland announced last Friday that they would suspend the charge for gasoline to alleviate the increase in the cost of recent weeks.

In Maryland, a law was passed that mandates the suspension of tax collection in the next 30 days.

In total they would be 36 cents less than consumers will have to pay every time they go to the service station to fill their gas tank.

Measure in Georgia it will be valid until the end of Mayso consumers will pay 29 cents less per gallon.

In California they seek a refund against high prices

In California, some lawmakers chose to hand out a $400 refund as a relief to consumers, instead of suspending the collection of taxes on gasoline.

The reimbursement will have a total estimated cost of $9,000 million dollarswhich according to lawmakers a budget surplus.

The proposal was put on the table of the state Congress after a similar one approved in Georgia and Maryland to suspend the charge of $0.51 cents per gallon, was not approved.

In recent days, the price of oil has fallen after a notable increase since the announcement by the president, Joe Biden, to ban imports of Russian oil and other energy products to the United States.

However, this Monday the international price of oil rose again due to the shortage of energy, which could give a new impetus to the rise in the price of gasoline.

In addition to this, AAA experts, consulted by CNet, assured that the price of gasoline may rise more as summer approachesas producers must reformulate their fuels to avoid excessive evaporation.

This procedure has a higher cost that is inevitably passed on to consumers.

You may also like:
– The average price of a gallon of self-service regular gasoline in Los Angeles County increased to $5,966
– Why keeping less than a quarter tank of gas in your car can be very expensive
– Congressmen summon oil companies to a hearing due to the rise in gasoline prices