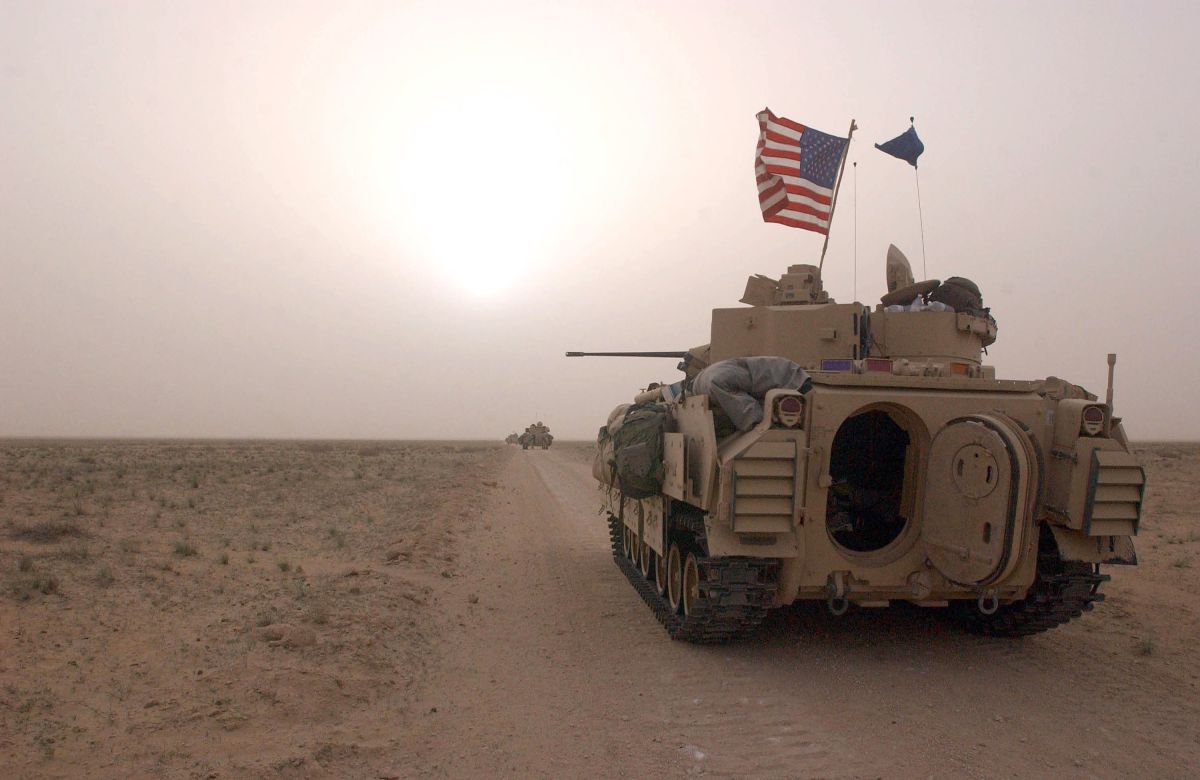 19 years after the Iraq war

Shortly after Russia invaded Ukraine, concerns arose about the possibility of using nuclear weapons as the conflict escalated.

Statements by Russian President Vladimir Putin that he was mobilizing “deterrent forces” – that is, his nuclear weapons – sparked alarm that Moscow might use “tactical” nuclear weapons.

This does not mean an all-out nuclear war, but it does mean a dramatic development.

What are tactical nuclear weapons?

Tactical nuclear weapons are those that could be used in relatively short distances.

This distinguishes them from “strategic” nuclear weapons that, during the Cold War, the two opposing superpowers, the United States and the Soviet Union, threatened to launch.

These types of missiles can travel long distances.

However, the term “tactical” refers to many types of weapons, including smaller bombs and missiles used as “battlefield” weapons.

What tactical nuclear weapons does Russia have?

Russia is believed to have some 2,000 tactical nuclear weapons.

Are can be placed on various types of missiles which are normally used to drop conventional bombs.

They can even be fired like artillery shells on a battlefield.

As well have been developed for airplanes and shipsfor example, torpedoes and depth charges to target submarines.

These warheads are believed to be in storage facilities, rather than deployed and ready to fire.

The concern of the international community is that Russia might be willing to use smaller tactical weapons instead of larger strategic missiles.

“They may believe that the use of smaller weapons does not cross the red line that transforms warfare into nuclear conflict. They could see it as a use of conventional forces,” says Patricia Lewis, head of the international security program at the Chatham House think tank.

How powerful are those weapons?

The smallest can be one kiloton or less (equivalent to thousand tons of explosive TNT).

The largest can reach 100 kilotons.

The effects would depend on the size of the warhead, how far from the ground it detonates, and the local environment.

But for comparison, the bomb that killed an estimated 146,000 people in Hiroshima, Japan, during World War II, was 15 kilotons.

Russia’s largest strategic weapons are believed to be at least 800 kilotons.

What is Putin’s strategy?

Putin has made more than one reference to Russia’s nuclear weapons, apparently trying to create a sense of fear.

American spies see this as a sign dedicated to the West to persuade it not to intervene in Ukraine, not as a sign that it is planning a nuclear war.

But others worry that while the chances are low, Russia may, under certain conditions, be tempted to use a smaller tactical weapon during the invasion.

“Putin is comfortable in the world of ‘stability-instability,’ while the West is deterred by his nuclear bravado as if NATO’s $1 billion deterrent is fake,” tweeted Mariana Budjeryn, a nuclear expert at the Belfer Center for Science and International Affairs, at the Harvard Kennedy School.

Could its use be counterproductive?

Putin claims that Ukraine is part of Russia, so using nuclear weapons on its territory seems strange.

Russia itself is at a close distance and “the consequences could cross borders”warns Patricia Lewis.

The only time nuclear weapons were used in a conflict was by the United States at the end of World War II against Japan.

The consequences were catastrophic. Would Putin want to become the first leader to break the taboo and use them?

Some worry that has shown a willingness to do things that others thought they would not do.

Either by invading the Ukraine or using a nerve agent in the English town of Salisbury.

Williams says there is another reason why Russia might not use nuclear weapons: China.

“Russia relies heavily on Chinese support, but China has a ‘don’t be the first to use’ doctrine regarding nuclear weapons.” So if Putin did, it would be incredibly difficult for China to support him. If he uses them, he would probably lose China”, adds the expert.

Could the use of “tactical” weapons lead to nuclear war?

No one knows exactly where the use of tactical nuclear weapons would lead. It could escalate and Putin would not want a nuclear war.

But making a miscalculation is always a risk.

“They will think that if they use them, everyone will capitulate,” says Patricia Lewis.

“But what would happen is that NATO would have to intervene in the conflict and respond.

The United States says it is monitoring the situation closely.

The US has an extensive intelligence-gathering machine to observe russian nuclear activity and see if, for example, tactical weapons are being removed from storage or if there is any change in the behavior of launch sites.

So far they say have not seen any significant change.

It is difficult to predict how the United States and NATO would respond to any use of nuclear weapons.

They may not want to escalate the situation further and risk total nuclear warbut they may also want to draw a line.

This could mean a harsh conventional rather than nuclear response.

But what would Russia do then?

“I don’t think anyone can say what that world would be like.”