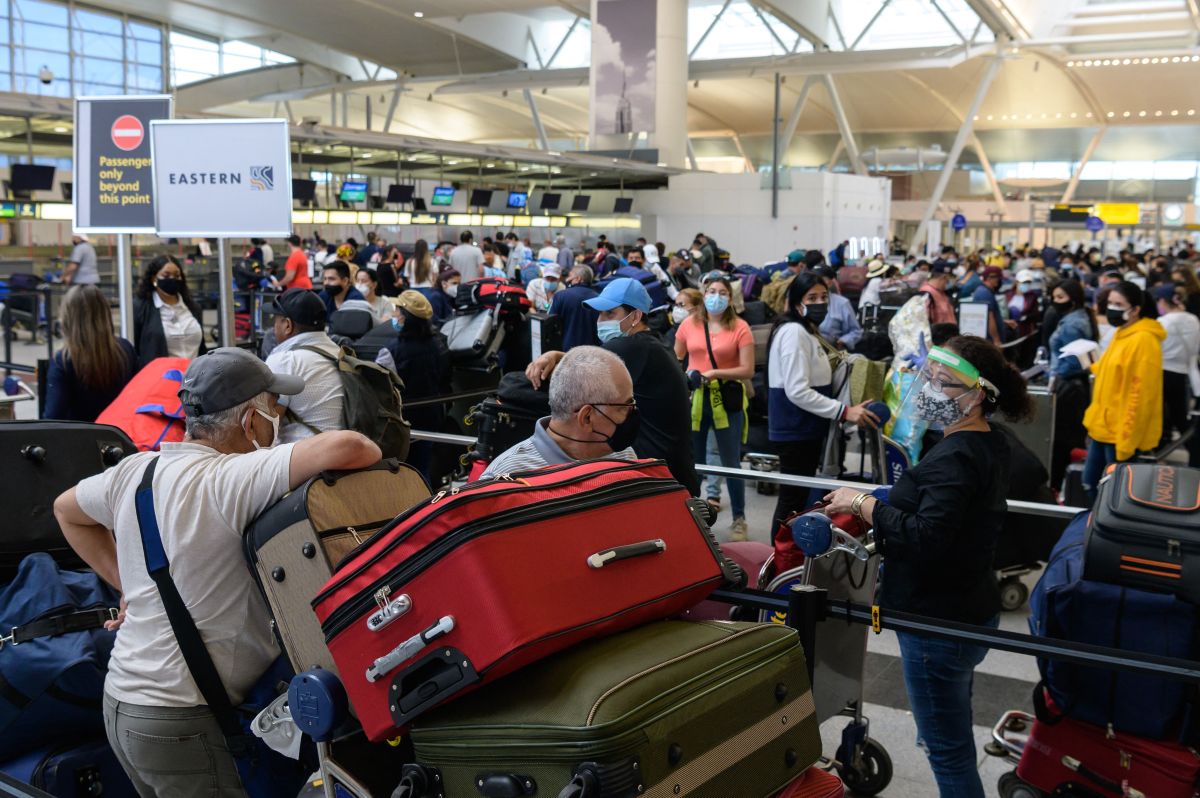 According to the World Health Organization, the new variant of SARS-Cov-2, known as B.1.640.2, currently offers little cause for concern.

WHO doctor Abdi Mahmud confirmed in Geneva that the entity has been monitoring this variant since November. However, since then it does not seem to have spread much. “This virus has had many opportunities to spread, “he said, but so far it has appeared sequenced in about 20 tests, and in only one since the beginning of December.

Opposite case is that of the variant Ómicron, which first entered the SARS-CoV-2 variant database known as Gisaid on November 23, and has since been sequenced more than 120,000 times..

The first time the new variant was detected was in October in southeastern France, where a person (vaccinated) arrived from Cameroon. Researchers found a total of 12 cases in the region and named it “IHU,” after the Marseille research institute that helped identify it. On November 4, 2021, the variant was finally christened B.1.640.2 and put into the Gisaid system.

The research work on this discovery, which was published in late December but has not yet been peer-reviewed, caused alarm among experts, because the new variant has 46 mutations.

The call for calm from the WHO coincides with the evaluation carried out by Jörg Timm, professor and director of the Institute of Virology at the University Hospital of Düsseldorf. “The variant was already described some time ago and so far it has not settled, at least not in the areas where sequencing is done more frequently. That is a very clear indicator that it has no advantages compared to Ómicron, for example, a variant with which we had clarity from the beginning that it would spread rapidly. This is something that was not seen with the B.1.640.2 variant, so nobody expects it to cause us big problems ”.

Also virologist Dr. Tom Peacock, from Imperial College London, wrote on Twitter that it is not worth worrying too much.

Despite the first warnings and the relatively low number of cases, the Cameroonian health authorities wanted to carefully examine the situation, says Cameroonian epidemiologist Yap Buom: “We are closely monitoring the case and will continue to sequence local cases, to be able to compare and see if that variant circulates among us, “he said.

Suspicions about who is hiding behind the false alarm

After the rapid expansion of the Omicron variant, it is not surprising that alarms go off whenever there is talk of a newly discovered variant with many mutations.

As we saw, this process was triggered by an article not yet reviewed in which a controversial French researcher also participated, reported the data-checking team of the German newscast Tagesschau.

The doctor and infectologist Didier Raoult is very controversial in France, among other reasons because he treats COVID-19 patients with hydroxychloroquine, a drug for malaria.. This prompted a reprimand from the French Medical Association, according to Tagesschau.

Furthermore, at the Institute of Infectious Diseases founded by him at the University of Marseille (IHU Méditerranée Infection) the rules of clinical studies on the coronavirus were violated. According to Tagesschau, for this reason he was forced to leave his position as director of the institute and the prosecution opened an investigation against him.

Raoult enjoys “cult figure” status among pandemic skeptics, despite the fact that his forecasts on the subject have been proven time and again to be wrong. For example, he had assured at the beginning of the pandemic that it would end quickly.

He himself does not want to be vaccinated against SARS-CoV-2, because he assures that the disease, which has caused 5,500,000 deaths in the world, is not fatal. In addition, it warns of unknown and unproven side effects of vaccines.

Read more:
Chile becomes the first country in Latin America to apply the fourth dose against COVID-19 and the second in the world after Israel
Covid: These are the Omicron symptoms that are detected first
Chinese city launches campaign with millions of tests against COVID-19 before the arrival of Ómicron