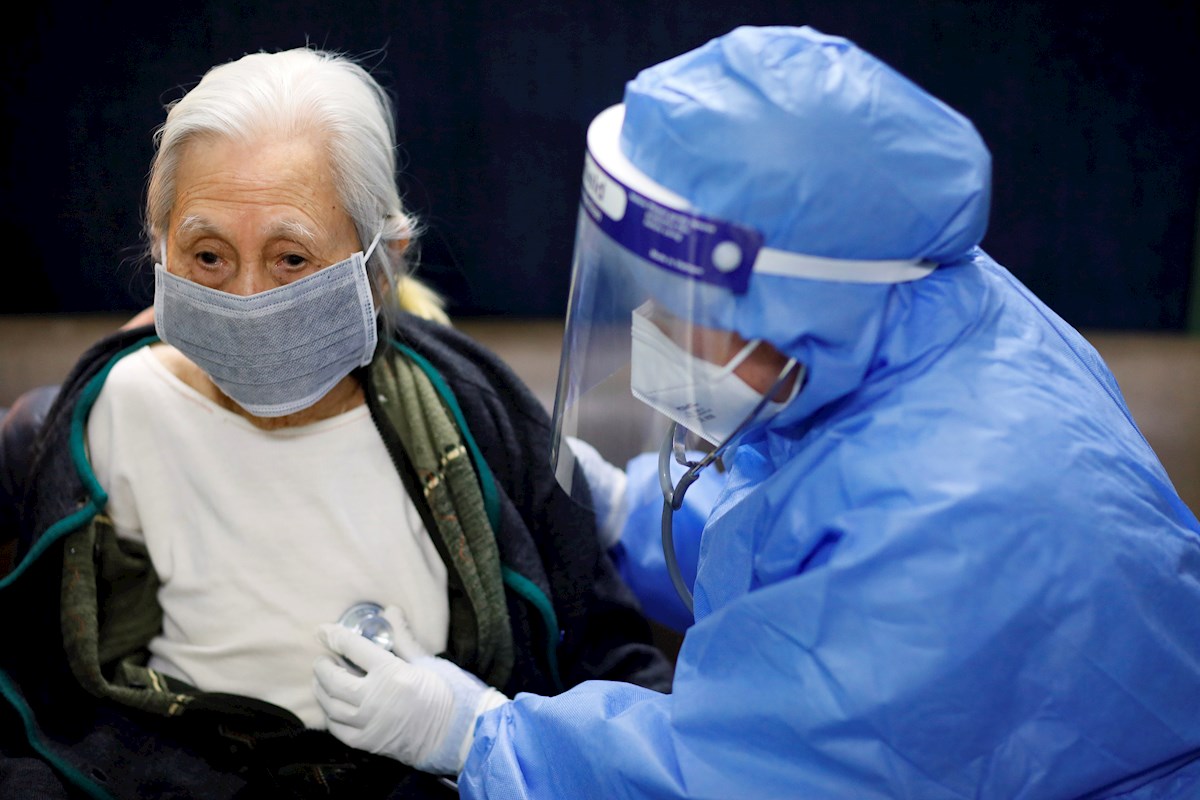 The explosion of COVID-19 cases generated in the United States, and especially in New York, for the Omicron variant, led many companies to start the year with a return to the home office, a formula that they had gradually abandoned during 2021 or that they hoped to banish in 2022.

The economic capital of the country, which was already one of the great epicenters of the coronavirus in the first wave of March 2020, registers record levels of infections these days (85,000 last Saturday) and a clear increase in hospitalizations (9,500 today), above the “winter peak” of 2021.

Faced with this situation, a large part of the private sector is opting for caution and ordering its employees to work remotely, at least during this first week after the Christmas holidays.

“Our company told us just before Christmas to work from home the first week in January, especially since a lot of people were going to be traveling during the holidays,” explained Emma Jones, art director at a New York-based design agency that employs just over fifty people.

Among those who have changed their plans at the last minute draws attention the case of large US banks, which has stood out as one of the sectors most reluctant to extend the home office.

Goldman Sachs, whose chief executive officer has been especially critical of this practice, on Sunday asked its employees in the United States to work remotely until January 18 if they can.

JPMorgan Chase, the largest bank in the country and which has also repeatedly stressed the importance of the office, has allowed its workers to stay at home during the first weeks of the year.

For its part, Citigroup asked New York-area employees to start working remotely over Christmas and has already rolled out that policy to the rest of the country heading into January.

Entities like Bank of America have opted for the home office for at least a week, while others like Wells Fargo have indefinitely postponed their return to the offices.

This Monday, the CEO of the investment fund, Jefferies, Richard Handler, explained through social networks why he has asked his staff to work from home until the end of January.

“Although no one knows for sure, we believe (and fervently hope) that this may be the last truly difficult period of this pandemic. However, for now, I ask all of you to prioritize safety, ”said Handler.

The change in plans as a result of the Omicron is widespread in sectors that can afford not to have workers in person and includes technology giants such as Apple and Google and to large companies in other areas such as the oil company Chevron or the car manufacturer Ford.

According to a survey conducted by the consulting firm Gartner, a few days before Christmas, 44% of US companies had already altered their return dates.

In New York, the contrast is set by the public sector, with municipal workers mostly working in person and with the promise that schools will remain open despite the strong upturn in cases.

Nor has it been decreed the closure of restaurants, cinemas, theaters and entertainment venues in general, where it is mandatory to show proof of vaccination.

Read more:
US approves Pfizer booster dose for 12-15 year olds
Lloyd Austin, US Secretary of Defense, remains in quarantine after testing positive for COVID-19
Mexico doubles the number of daily COVID-19 infections in a week; opens 2022 with 10,864 cases