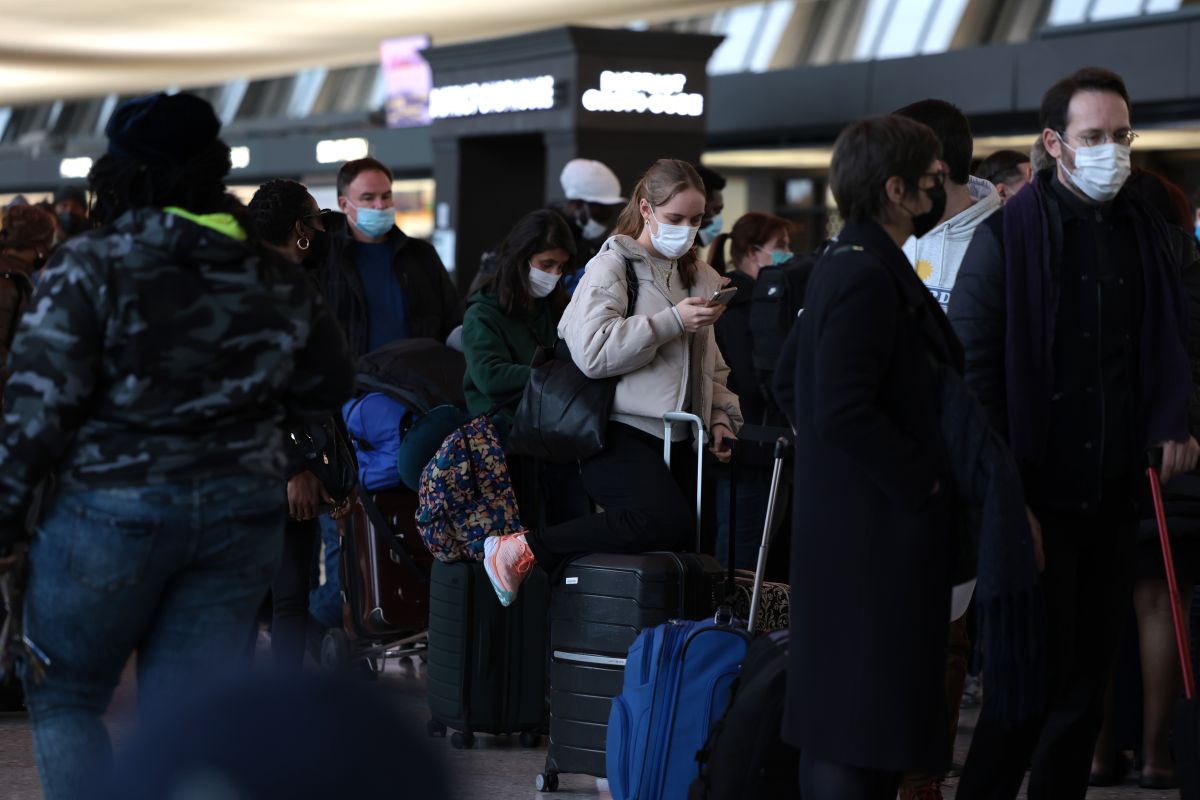 For the seventh day, 1,200 flights in the US are canceled due to a wave of infections by Omicron

Daniel Ortega assumed this Monday for the fifth time (fourth in a row) as president of Nicaragua amid extensive rejection by the international community of the elections in which he was re-elected last November and with the absence of the majority of Latin American leaders.

From inside and outside Nicaragua, it was denounced that the presidential elections did not have sufficient democratic guarantees, after most of the opposition candidates were arrested or went into exile abroad.

Ortega took office a day after the new National Assembly was installed, in which the ruling party controls 75 of the 91 seats.

A few hours before the inauguration of this Monday, the European Union announced a new round sanctions against two of Ortega’s children and his wife, Vice President Rosario Murillo.

The bloc also announced sanctions against members of the Supreme Electoral Council (CSE), the director of the Nicaraguan Institute of Telecommunications and Posts (Telcor) and the superintendent of Banks of Nicaragua.

In the same way, the Department of the Treasury and the US Secretary of State announced new sanctions against people related to the Nicaraguan military and police forces.

In its announcement of the sanctions, the EU spoke of “An effort to undermine democracy” by the sanctioned.

Already in November 2021, the Organization of American States (OAS) had issued a declaration, signed by 25 of the 34 member countries of the organization, rejecting Ortega’s fourth consecutive election after warning that the elections “were not free, fair. nor transparent and they do not have democratic legitimacy ”.

Local opposition media, such as La Prensa, assured that Ortega’s fourth consecutive possession, held in the Plaza de la Revolución in Managua, had been the one with the least attendance so far.

The only regional leaders who attended the event were Cuban President Miguel Díaz-Canel, who arrived in the morning in the Nicaraguan capital; the president of Venezuela, Nicolás Maduro, and the outgoing president of Honduras, Juan Orlando Hernández.

In the midst of the controversy generated over the legitimacy of the elections in the Central American country, other leftist governments in the region, such as Argentina and Mexico, sent diplomatic representatives at the inauguration.

Days before the ceremony, the Mexican Foreign Ministry led by Marcelo Ebrard had announced that it would not send representatives to Ortega’s inauguration.

However, in his morning space with the press, Mexican President Andrés Manuel López Obrador not only announced that he would send the current head of the embassy in the country, but also announced the name of who will be the new Mexican ambassador in Managua.

In the same way, the government of Alberto Fernández in Argentina announced a few hours before the event that it would send a representative from the embassy in Managua.

Attack on the United States

In his swearing-in speech, Ortega attacked the US government and demanded that President Joe Biden release the 700 political prisoners who, according to him, are in US prisons, referring to the supporters of Donald Trump who assaulted the Congress on January 6, 2021.

According to the newspaper La Prensa, Ortega “He made no reference to the more than 160 political prisoners in Nicaragua.”

He also called for the end of the blockade against Cuba and the sanctions against Venezuela.

And he referred positively to the recent restoration of his country’s diplomatic relations with China and to the “cooperation and trade” agreements signed by his son with the special envoy from Beijing.

In the case of the Chinese delegation, Xi Jinping’s government envoy was the vice chairman of the Standing Committee of the National People’s Congress, Cao Jianming.

Cao was also sanctioned by the US a year ago for his role in persecuting protesters during the protests that took place in Hong Kong in 2020.